Pigs in heaven: a novel
(Book)

Description
When six-year-old Turtle Greer witnesses a freak accident at the Hoover Dam, her insistence on what she has seen and her mother's belief in her lead to a man's dramatic rescue. But Turtle's moment of celebrity draws her into a conflict of historic proportions. The crisis quickly envelops not only Turtle and her mother, Taylor, but everyone else who touches their lives in a complex web connecting their future with their past.A deeply felt novel of love despite the risks, of tearing apart and coming together, Pigs in Heaven travels the roads from rural Kentucky and the Urban Southwest to Heaven, Oklahoma, and the Cherokee Nation. Along the way it introduces a vivid cast of characters, including Jax, Taylor's insecure boyfriend, who plays in a band called the Irascible Babies; Barbie, a perky young woman who has modeled her life on Barbie the doll, except for her habit of crime; Alice, Taylor's mother, who is on the verge of leaving a silent husband whose idea of partnership in marriage is to spray WD-40 on anything that squeaks; and Annawake Fourkiller, an idealistic young attorney for the Cherokee nation, who must learn to reconcile the truths in her heart with those in her head.As this spellbinding novel unfolds, it draws the reader into a world of heartbreak and redeeming love, testing the boundaries of family and the many separate truths about the ties that bind. With Pigs in Heaven, Barbara Kingsolver has given us her wisest, most compelling work to date.
Also in This Series

Note! Citation formats are based on standards as of July 2010. Citations contain only title, author, edition, publisher, and year published. Citations should be used as a guideline and should be double checked for accuracy.
Staff View
Grouped Work ID:
3443964b-8b2a-5a91-60f6-b074345e2747
Go To GroupedWork 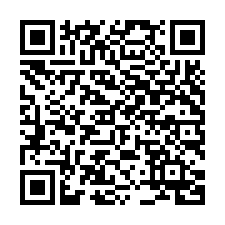