Description
Manhattan prosecutor Butch Karp is back - playing the game he both loves and hates by rules he knows are made to be broken. Karp's game is convicting killers, and he brings to it all his mean street smarts and hard-won wisdom in the often perverse ways of the New York City judicial system. And his very pregnant wife-partner Marlene Ciampi is out there taking risks and following leads even the cops are not eager to track.But now Karp is into another city game as well. Marion Simmons, star forward of the New York Hustlers pro basketball team, has been found in his Caddy Coupe de Ville with two bullets in his head. It's up to Karp to see if it's really the open-and-shut case of a drug kill that the city's big brass and behind-the-scenes power brokers desperately claim it is. Trouble is, Karp has just resigned his job as chief of the Criminal Courts Bureau because he suspects the D.A. and some other movers and shakers of New York law enforcement of conspiring to destroy a case for political reasons. But Karp, committed to the investigation, can't let go and continues on as a free-lancer. So it doesn't take long before he and Marlene are tangled in a maze of lies - and every foul move in the book - to muddy the terrible truth about the savage death of Simmons. Also on the case is Harry Bello, a burnt-out cop whose best days are a thousand bottles in the past, and a list of suspects that include a Jamaican mobster who literally likes to take apart his enemies, a pair of out-of-town hit men who unstintingly do what they do best, a high society blonde beauty with a taste for black athletes, and a line-up of city big guns and big shots playing together as an all-star terror team. As Karp and Marlene move into the middle of a money-and-murder game, even they realize that blowing the whistle may be the last breath either of them will ever take.Robert K. Tanenbaum has been hailed as a master writer of crime thrillers. With this exciting, lightning-paced, suspenseful novel, Butch Karp and his tough-but-tender wife Marlene Ciampi show their mettle in the down-and-dirty world of cops and criminals.
Also in This Series

Note! Citation formats are based on standards as of July 2010. Citations contain only title, author, edition, publisher, and year published. Citations should be used as a guideline and should be double checked for accuracy.
Staff View
Grouped Work ID:
52d05a02-45f4-31f5-ddb3-84bef737079c
Go To GroupedWork 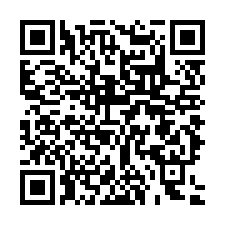