Catalog Murder on the Potomac / »  Book »

Murder on the Potomac
(Book)

Description
In her tenth and latest Capital Crimes mystery, Margaret Truman has brought back the attractive couple Annabel and Mac Smith, who are becoming the Nick and Nora Charles, or Mr. and Mrs. North, of her very engaging novels.Both are ex-lawyers - Mac now a legendary professor, Annabel the owner of a prospering Georgetown art gallery. When Mac is called in on yet one more murder, Annabel's patience is strained again. And when the middle-aged Mac encounters a smart, stunning female former student, now a detective, Annabel's joy is extremely contained.The weed-covered body discovered on the Potomac riverbank draws them into several overlapping circles: the Scarlet Sin Society, a theatrical group that reenacts murders from Washington's rich history, sometimes at the risk of murdering one another; the intrigues in and around the National Building Museum, whose board is presided over by a wealthy D.C. developer; and locales as diverse as Chinatown, Atlantic City, and the Bahamas.And all of this over Annabel's almost-dead body.
Also in This Series

Note! Citation formats are based on standards as of July 2010. Citations contain only title, author, edition, publisher, and year published. Citations should be used as a guideline and should be double checked for accuracy.
Staff View
Grouped Work ID:
05139389-d910-7119-a4c4-3a4ec28ad9cd
Go To GroupedWork 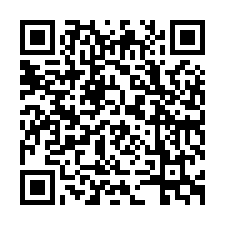