Till the butchers cut him down
(Book) Description
In the biggest professional move of her life, Sharon is cutting her umbilical cord of All Soul's Legal Cooperative and opening her own shop. But even before the phone lines are installed, McCone Investigations gets its first case - one that lifts Sharon off a roof in a helicopter and deposits her on a posh hideaway on the north California coast.Her new client is T.J. Gordon, a "turnaround man" - that rare breed of corporate troubleshooter who creates profits and enemies while reviving failing companies. Gordon owns more than the helicopter that whisks Sharon away... much more. And he's not really "new." A friend from her radical student days in Berkeley, T.J. was a campus nomad with a lifestyle shadier than most. Now T.J. Gordon - grown ever more quirky, eccentric, and reclusive - is convinced someone is trying to kill him. He wants Sharon's help. Then he does another kind of turnaround: he vanishes.Hanging in the balance with T.J.'s life is his latest project, a visionary deal to revitalize an abandoned stretch of the San Francisco waterfront. His zigzag trail will lead Sharon both to Lost Hope, Nevada, a desert ghost town transformed into a booming tourist mecca with a mysterious long-buried corpse...and to Monora, a decaying Pennsylvania steel town where old resentments simmer beneath the grim shadow of empty mills. The clues are baffling and include a hermit in a hovel built of bottles and the saddened father of a missing union organizer. As the bizarre pieces of the puzzle start to fall into place, Sharon is desperate to find T.J. - headed toward his deadly confrontation with his California dreams.
Also in This Series

Muller, Marcia. 1994. Till the Butchers Cut Him Down. New York: Mysterious Press.

Muller, Marcia, Till the Butchers Cut Him Down. New York: Mysterious Press, 1994.

Muller, Marcia. Till the Butchers Cut Him Down. New York: Mysterious Press, 1994. Print.

Note! Citation formats are based on standards as of July 2010. Citations contain only title, author, edition, publisher, and year published. Citations should be used as a guideline and should be double checked for accuracy.
Staff View
Grouped Work ID:
dbaff02d-3d2d-b869-dba9-07d61b02a748
Go To GroupedWork 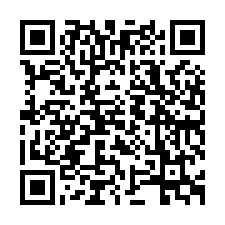