Revelation: St. John the Divine's prophecies for the Apocalypse and beyond
(Book)

Description
The Book of Revelation, the last book of the Bible, has been an enigma to Christian theologians since it was written shortly after the Crucifixion. John of Zebedee, Jesus' closest disciple, wrote the book following a divinely inspired vision of an angel sent by God, and the result has long been seen as perhaps the most dramatic prophetic work ever to predict the future of mankind.As we draw close to the end of the millennium - the time many believe will herald the Last Judgment and possibly an apocalyptic end-of-the-world scenario - Peter Lorie brings an entirely fresh and hopeful interpretation of Revelation and the future it declares. Through a unique analysis of this extraordinary religious book, previously hidden material and symbolism are revealed, such as references to astrology, paganism, eastern philosophy, numerology, magic, shamanism and most of all, prophecy.In studying the lines of Revelation, the author brings to light the seven stages of man's evolution, stages that take us all through joy, crisis and self-discovery to an age in the future which St. John describes as the new Jerusalem, and which the author interprets as a world filled with beauty and enlightenment. Some of the predictions that Lorie makes for our future include: a female president in the United States, a new world order for the 21st century, and a beginning of 1,000 years of peace.The Book of Revelation has tended in the past to strike fear into humanity, but through Peter Lorie's ground breaking interpretation, this fear and trepidation is transformed into a positive understanding of ourselves and the world we inhabit.
Also in This Series

Note! Citation formats are based on standards as of July 2010. Citations contain only title, author, edition, publisher, and year published. Citations should be used as a guideline and should be double checked for accuracy.
Staff View
Grouped Work ID:
2306ce74-ba6a-9f27-3881-b6d231d869cd
Go To GroupedWork 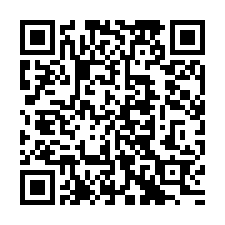