Description
Fans of Dallas private eye Jack Flippo, the unlikely hero of Doug J. Swanson's acclaimed debut novel, Big Town, will happily note that Jack's risen in the world since last they've seen him. Now he's a "recovering no-account" with an office of his own above an all-night coffee shop and an unsteady gig as investigator for Cactus Bloodworth, a flashy lawyer whose name is his least corny attribute. Cactus sends Jack east to Baggett County, Texas's smallest in size and mind, to look into the demise of Mingo Gideon, professional poker player and part owner of the Melon Patch Ranch, a seedy Dallas bar. Mingo fell out of the boat he shared with his fishing buddy and business partner, Rex Echols, whose grief at Mingo's passing is tempered by the huge insurance policy he'd taken out on him.Jack shuttles between Dallas and Baggett in search of the truth, but the truth shuttles even faster. In Baggett, he contends with Loyce Slapp, a deadpan sheriff whose only pleasures are obstructing justice, and a stripper-cum-waitress named April Showers. At the Melon Patch, Jack endures the veiled threats and song stylings of Rex, a failed country singer who will warble one of his own ditties at the drop of a hat (and will in fact drop the hat himself if need be). He also meets Sally, a barkeep who shares his interest in Mingo Gideon's death, even if she doesn't reciprocate his interest in her. As they delve ever deeper into the Melon Patch's murky history, Jack and Sally must face a welter of onslaughts, from the unwelcome attentions of low-budget filmmaker Tony and his pyromaniacal production assistant, Mitch, to the murderous intentions of virtually the entire population of Baggett County.
Also in This Series

Note! Citation formats are based on standards as of July 2010. Citations contain only title, author, edition, publisher, and year published. Citations should be used as a guideline and should be double checked for accuracy.
Staff View
Grouped Work ID:
45f81b82-2e7d-7ea3-4642-378c2e77fccf
Go To GroupedWork 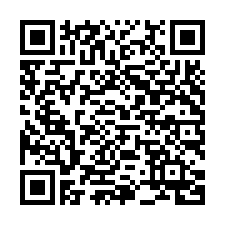