Description
The Seventh Scroll, an ancient papyrus written by the slave Taita, holds the secret to the location of the Pharaoh's hidden tomb and his staggering untold wealth. Untouched for thousands of years, the scroll is accidentally discovered and instantly becomes something people will kill to obtain.In a race against an unknown enemy, Royan Al Simma, a beautiful Egyptologist who has deciphered the scrolls, and Nicholas Quentin-Harper, an English adventurer who risks his fortune, search the Ethiopian highlands for the whereabouts of the Pharaoh's treasure. As they close in on the tomb, the brilliant Taita's ancient traps become deadly while their enemy brings his ruthlessness and power to bear.
Also in This Series

Note! Citation formats are based on standards as of July 2010. Citations contain only title, author, edition, publisher, and year published. Citations should be used as a guideline and should be double checked for accuracy.
Staff View
Grouped Work ID:
9203847d-0464-0d8e-dec8-c8bbf778c804
Go To GroupedWork 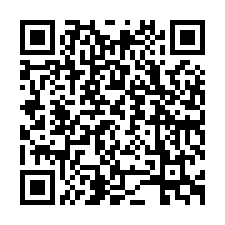