Description
Chyna Shepherd is a twenty-six-year-old woman whose deeply troubled childhood taught her the hard rules of survival, and whose adult life has been an unrelenting struggle for self-respect and safety. Now rare trust has blossomed for Chyna into friendship with the woman whose family home she is visiting for the weekend: a farm in the Napa Valley surrounded by vineyards and hills, which Chyna can see from the guest-room window where she sits at one o'clock in the morning, fully dressed, unable to sleep. Suspicions she learned in childhood still make her uneasy in unfamiliar houses--even this one, where her closest friend is sound asleep down the hall. And in this case her most disturbing instincts prove reliable. A man has entered the house, a man who lives for one purpose: to satisfy all appetites as they arise, to immerse himself in sensation, to live without fear, remorse, or limits--to live with intensity.His name is Edgler Foreman Vess. He likes to make words with the letters from his name--GOD, DEMON, SAVE, RAGE, ANGER, FEAR, FOREVER, are just a few of them--and then makes sentences with the words. One of his favorites, GOD FEARS ME, is sometimes the last thing he whispers to his victims. Edgler Vess is a self-proclaimed "homicidal adventurer": On this night, his adventure--murdering everyone in the house--becomes Chyna's long nightmare.Trapped in Vess's deadly orbit, Chyna thinks only of getting out alive. But when she inadvertently learns the identity of Vess's intended next victim, waiting for him far from Napa Valley, Chyna is gripped with concern for this other person, who is as innocent as Chyna, and as endangered. Driven now by a sense of responsibility for another, by a purpose and meaning beyond mere self-preservation, Chyna rises to unexpected heights of courage and daring--her only hope as the threat of Edgler Foreman Vess closes in and grows more horrifying moment by moment.Intensity unfolds over the course of just twenty-four hours, but within that brief time frame, Dean Koontz gives us what is perhaps his most inventive, emotionally intricate, and terrifyingly suspenseful novel yet.
Also in This Series

Note! Citation formats are based on standards as of July 2010. Citations contain only title, author, edition, publisher, and year published. Citations should be used as a guideline and should be double checked for accuracy.
Staff View
Grouped Work ID:
70fdc5f2-b736-a4e7-81be-d01da72bce6f
Go To GroupedWork 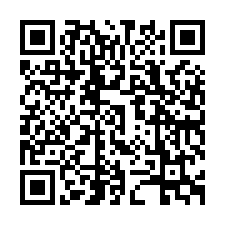