Description
The twentieth century is young as free-thinking Boston divorcee Roberta Jewett returns with her three daughters to Camden, Maine, the seaside village where she was born and raised. Modern times have come to Camden in the form of the motorcar, but Roberta quickly discovers that a divorced woman is still considered little better than a prostitute. Condemned by her mother, harassed by her lecherous brother-in-law, and scorned by the townsfolk, she nonetheless perseveres in her struggle to forge a good life for her girls and herself. Behaving as no "respectable" woman would, Roberta gets a job as a county nurse, learns to drive, and buys herself a Model T.Embittered by her painful and humiliating marriage to an outrageous philanderer, Roberta has no intention of being any man's victim again. So when widowed contractor Gabriel Farley begins work renovating her house, Roberta's first response to him is blatant resentment. Yet Gabriel's gentle ways, his concern for his own teenage daughter, and his vibrant masculinity become more and more apparent, and Roberta finds herself slowly warming to his presence.When Roberta is brutalized on a lonely country road, and the abysmal hypocrisy of Camden's solid citizens threatens to exonerate the aggressor at the expense of her and her family, the sweethearts are forced to make their romance public as they fight for justice. In the ultimate test of will and devotion, Roberta must summon the courage to stand up to an entire town.
Also in This Series

Note! Citation formats are based on standards as of July 2010. Citations contain only title, author, edition, publisher, and year published. Citations should be used as a guideline and should be double checked for accuracy.
Staff View
Grouped Work ID:
a477dfb7-45d3-1312-740a-f4b825d76ab2
Go To GroupedWork 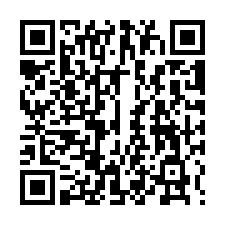