Description
Once again, Robert B. Parker makes artfulness look easy, with Chance, his sensational new thriller. This time Spenser - the tough-but-tender sleuth whose passion for justice repeatedly plunges him into a sea of trouble - hires out on a marital matter whose attached strings entangle him with the Mob.When big-time Boston hoodlum Julius Ventura approaches Spenser and his redoubtable sidekick, Hawk, about locating his only daughter's missing husband, it's clear he's not telling them the whole truth about the blushing bride and the ardent groom. In fact, he may be lying. But something about these missing links appeals to Spenser, and he agrees to take the case.So begins an odyssey into the netherworld of disorganized crime: from the throne rooms of crime lords to the Vegas strip; from two-bit wiseguys with a genius for dangerous liaisons to gangsters' molls in jeopardy; from larceny to homicide. And that's just for openers. All too soon, it becomes clear that what's at stake is not young love, but control of gangland Boston. Spenser and Hawk find themselves dead-center in a circus of violence whose shadowy ringmaster is all too familiar to a private eye with a past.
Also in This Series

Note! Citation formats are based on standards as of July 2010. Citations contain only title, author, edition, publisher, and year published. Citations should be used as a guideline and should be double checked for accuracy.
Staff View
Grouped Work ID:
6712b990-aa96-82ea-99e2-962baf4e6546
Go To GroupedWork 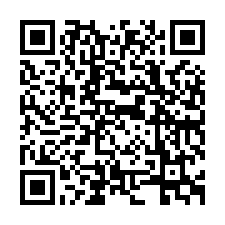