Description
Elvis Cole is back on his own turf in Los Angeles, and embroiled in a controversial high-profile murder case. A wealthy restaurateur is accused of murdering his wife, and his hot-shot defense attorney hires Elvis to find proof that police detective Angela Rossi fooled around with the evidence. Rossi had been cleared of an earlier charge of planting evidence to convict a counterfeiter, but her career was damaged and she's rumored to be willing to do anything to get it back on track - even if it means framing an innocent man. Yet as Elvis investigates Rossi for the defense team, he begins to be more suspicious of the media-loving lawyers than the cops.As the investigation continues, Elvis is visited by Lucy Chenier, the Louisiana lawyer he'd met several months ago. Lucy is in Los Angeles for a business trip, and as she and Elvis spend more time together, their mutual attraction grows. As the fireworks ignite, Elvis and Lucy are drawn deeper into the intrigue and dangers surrounding the case of the missing woman.
Also in This Series

Note! Citation formats are based on standards as of July 2010. Citations contain only title, author, edition, publisher, and year published. Citations should be used as a guideline and should be double checked for accuracy.
Staff View
Grouped Work ID:
a4e0473e-a6a2-7847-eceb-de281c79d7bf
Go To GroupedWork 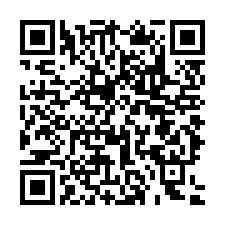