Catalog Messages from an owl / »  Book »

Messages from an owl
(Book)

When zoologist Max Terman came to the rescue of a great horned owlet in a Kansas town park, he embarked on an adventure that would test his scientific ingenuity and lead to unprecedented observations of an owl's hidden life in the wild. In Messages from an Owl, Terman not only relates his experiences nursing the starving owlet, "Stripey," back to health and teaching it survival skills in his barn, but also describes the anxiety and elation of letting a companion loose into an uncertain world. Once Terman felt that Stripey knew how to dive after prey, he set the owl free. At this point his story could have ended, with no clue as to what the young bird's fate would be--had it not been for Terman's experimentation with radio tags. By strapping the tags to Stripey, he actually managed to follow the owl into the wild and observe for himself the behavior of a hand-reared individual reunited with its natural environment.

Through this unique use of telemetry, Terman tracked Stripey for over six years after the bird left the scientist's barn and took up residence in the surrounding countryside on the Kansas prairie. The radio beacon provided Terman with information on the owl's regular patterns of playing, hunting, exploring, and protecting. It enabled him to witness the moments when Stripey was bantered and mobbed by crows, when other owls launched fierce attacks, and when a prospective mate caught Stripey's eye. On occasional returns to the barn, the owl would follow Terman around as he performed chores, usually waiting for a handout.

Until now, scientists have generally believed that an owl nurtured by humans becomes ill-adapted for meeting the challenges of life in the wild. Terman's research proves otherwise. Stripey surpassed all expectations by becoming a totally independent wild creature. With Terman, however, Stripey remained tame, allowing the author to explore something one rarely sees in owls: a warm interest in humanity. Terman engagingly re-creates this dimension of Stripey as he describes with humor and compassion the daily challenges of probing the life of a "phantom winged tiger."

The Princeton Legacy Library uses the latest print-on-demand technology to again make available previously out-of-print books from the distinguished backlist of Princeton University Press. These editions preserve the original texts of these important books while presenting them in durable paperback and hardcover editions. The goal of the Princeton Legacy Library is to vastly increase access to the rich scholarly heritage found in the thousands of books published by Princeton University Press since its founding in 1905.

Note! Citation formats are based on standards as of July 2010. Citations contain only title, author, edition, publisher, and year published. Citations should be used as a guideline and should be double checked for accuracy.
Staff View
Grouped Work ID:
4f0f5e7e-2ff6-92db-fec4-7738e382e173
Go To GroupedWork 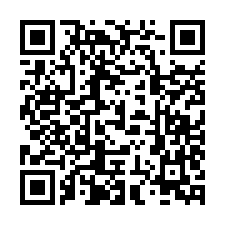