A test of wills
(Book)

Description
In 1914, Ian Rutledge left a brilliant career at Scotland Yard to fight in the Great War. Now, in 1919, he is back, burdened with a heavy secret: he is still suffering from shell shock. With him almost constantly is the cynical, taunting voice of the young Scots soldier he was forced to have executed on the battlefield for refusing to fight.In a desperate gamble to salvage his sanity, Rutledge takes up his duties at Scotland Yard. But a colleague, jealous of Rutledge's prewar successes, has learned his secret and maneuvers to have him assigned to a case that promises to spell disaster no matter what the outcome. In a Warwickshire village, a popular retired military officer has been murdered, and the chief suspect is, unhappily for the Inspector, a much-decorated war hero and a friend of the Prince of Wales.Rutledge, fighting his malady and the tormentor in his head (who is the personification of his own doubts and guilt), doggedly goes about his investigation. He digs into the lives of the villagers: the victim's ward, a young woman now engaged to the chief suspect; a local artist shunned because of her love for a German prisoner; the reclusive cousins whose cottage adjoins the dead man's estate. But the witness who might be able to tell him the most is a war-ravaged ex-soldier who chills Rutledge with the realization that if he loses control of himself, he could become this man.
Also in This Series

Note! Citation formats are based on standards as of July 2010. Citations contain only title, author, edition, publisher, and year published. Citations should be used as a guideline and should be double checked for accuracy.
Staff View
Grouped Work ID:
9b1b5c98-100e-c8f4-e578-f5876a207cdb
Go To GroupedWork 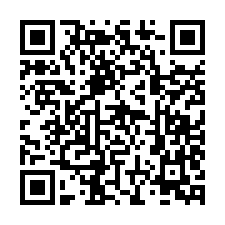