Catalog Weighed in the balance / »  Book »

Weighed in the balance
(Book)

Description
Few mystery writers this side of Arthur Conan Doyle can evoke Victorian London with such relish for detail and mood, proclaimed the San Francisco Chronicle of Anne Perry. With a stroke of her pen, Perry restores the lost splendor of Victorian England to such three-dimensional brilliance that it becomes as real as the world we live in. Now, in Weighed in the Balance, she takes us into the exotic lives of royal exiles in London, Venice, and a picture- book German principality.When Countess Zorah Rostova sweeps into the office of London barrister Sir Oliver Rathbone and asks him to defend her against a serious charge of slander, he is astonished to find himself accepting. For, from what he learns of the case, a defense of the countess can only earn him notoriety.Twenty years earlier, Countess Zorah'scountryman, Prince Friedrich, had abdicated his throne to marry a woman who was unacceptable as queen. Since then the prince and his beloved Princess Gisela have lived in romantic exile as the world's most famous lovers. Now the prince is dead and Countess Zorah claims that Princess Gisela has murdered him. Unfortunately she can produce not a shred of evidence to support her shocking assertion. Nor can that formidable private investigator, William Monk. However, Monk and his friend nurse Hester Latterly do establish that the prince was murdered. And as events unfold, the likeliest suspect seems to be Countess Zorah herself.In this suspenseful and darkly rich novel, Anne Perry draws us into a drama that reaches its mesmerizing climax in the Old Bailey, where two remarkable women--one boldly confident, the other wrapped in grief--await the chill exposure of naked truth, the inexorable unfolding of their destinies.
Also in This Series

Note! Citation formats are based on standards as of July 2010. Citations contain only title, author, edition, publisher, and year published. Citations should be used as a guideline and should be double checked for accuracy.
Staff View
Grouped Work ID:
e3e6bfb0-b018-7c05-227d-3fea0dc805fd
Go To GroupedWork 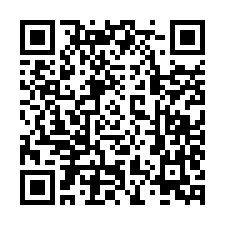