Description
No figure of the Old West has been more celebrated than Wyatt Earp. But not many people realize the hero of the legendary gunfight at the O.K. Corral lived nearly fifty more years, dying at the age of eighty in California in 1929.The Winter Wolf fills a gap in the Earp legend - the Alaskan gold rush years of the late 1890s and early 1900s. America's last frontier, Alaska is a forbidding place of great natural beauty, harsh weather, and dangerous men far from the reaches of the law. Far rougher than Dodge, Leadville, or Tombstone, the frozen boomtowns of Skagway and Nome are filled with saloons, brothels, and fugitives out to get rich. It is into this atmosphere that Earp brings his wife, Josephine Marcus Earp, to finally strike it rich in the Alaskan gold fields.While Wyatt and Josie desperately try to make a new life in Alaska, a young man named Nathan Blaylock stalks them. Blaylock grew up in an orphanage in Denver. When he reached his sixteenth birthday, the nuns running the orphanage shattered his cloistered view of the world. He learned that his mother was the late Mattie Blaylock, the common-law wife of Wyatt Earp in Tombstone before Josie stole Earp's heart away. Mattie had become addicted to laudanum - to Wyatt's disgust - and had become a prostitute by the time he left town with Josie. Mattie has left $20,000 in a bank account for Nathan under one condition: He won't get a dime until he murders his father. The only advantage Nathan has is that his father doesn't know he exists.Nathan learns what it takes to be a man-hunter from an old gunslinger long presumed dead and a shady patent medicine salesman. Both are itching for a piece of the $20,000. But it isn't until he finally catches up to his famous father that Nathan Blaylock learns, in a searing flash of revelation, what it takes to be a man.
Also in This Series

Note! Citation formats are based on standards as of July 2010. Citations contain only title, author, edition, publisher, and year published. Citations should be used as a guideline and should be double checked for accuracy.
Staff View
Grouped Work ID:
acce3e90-120e-acb1-5734-26202282f69d
Go To GroupedWork 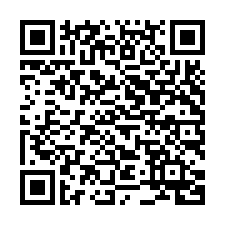