Catalog While other people sleep / »  Book »

While other people sleep
(Book)

Description
With her agency going great guns, Sharon McCone is known as one of the best detectives in the business ... until her untarnished reputation is threatened by an impostor. A mysterious woman is handing out McCone's business cards, advising clients, and picking up men for intimate encounters. The woman's physical resemblance to McCone is uncanny. Her knowledge of McCone's life is chilling.More than professionally damaging, the situation is deeply disturbing even to the experienced McCone. Who is this strange woman and what does she want? To make matters worse, McCone's office manager, Ted Smalley, has been acting so oddly that his live-in lover asks McCone to investigate. With her own lover, Hy Ripinsky, away on business and an impersonator invading her life, McCone reluctantly agrees.Spying on Ted soon has her pondering the extent of a person's right to privacy. Then the issue is brought home when McCone's double breaks into her house, interferes with her family, and leads McCone on a terrifying game of cat and mouse through the bizarre nightside of San Francisco. Just as McCone begins to uncover Ted's desperate problem the impostor escalates her dirty tricks. With her professional detachment fast giving way to blinding rage, McCone must go one on one against an enemy with a sinister motive, an insidious plan ... and the kind of violent craziness that even a seasoned investigator may not foresee - or stop in time.
Also in This Series

Note! Citation formats are based on standards as of July 2010. Citations contain only title, author, edition, publisher, and year published. Citations should be used as a guideline and should be double checked for accuracy.
Staff View
Grouped Work ID:
ac2ce811-0340-685b-bb66-9ce669653477
Go To GroupedWork 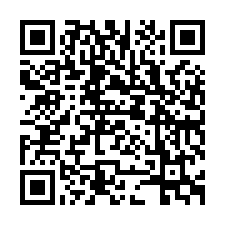