A walk through the fire
(Book)

Description
A job in Hawaii sounded like an ideal way to combine business with pleasure. And with an erotic interlude in mind, Sharon McCone brought her long-term lover Hy Ripinsky along. But from the very moment she arrives on the island of Kauai, McCone finds herself in what the natives call "ahi wel maka-u," the place between fire love and fire terror, a place where even a seasoned private investigator can get burned.Here, on an island filled with both breathtaking natural beauty and serious economic troubles, young filmmaker Glenna Stanleigh suspects someone is trying to stop the production of her local documentary. A series of accidents - looking more and more like sabotage - have plagued the shoot to the point where the film's backer, island bigwig Peter Wellbright, fears the police may shut down the project.McCone immediately senses the tensions between native and nonnative Hawaiians - and how Glenna's movie, which focuses on Wellbright's father, may be making things worse. Her instincts tell her to explore both the dark corners of the island's present problems and the Wellbright family's murky past. Then suddenly, even as she teeters on the edge of an affair with a Hawaiian helicopter pilot who seems immersed in the case, a macabre death changes everything. And amid a conflagration of desires and desperate decisions, McCone is forced to take one irrevocable step to stop a killer.
Also in This Series

Note! Citation formats are based on standards as of July 2010. Citations contain only title, author, edition, publisher, and year published. Citations should be used as a guideline and should be double checked for accuracy.
Staff View
Grouped Work ID:
325373da-285f-d226-e1b4-17f523cb38b1
Go To GroupedWork 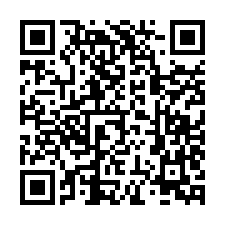