The skies of Pern
(Book)

Description
It is a time of hope and regret, of endings and beginnings. The Red Star, that celestial curse whose eccentric orbit was responsible for Thread, has been shifted to a harmless orbit, and the current Threadfall will be the last. Technological marvels are changing the face of life on Pern. And the dragonriders, led by F'lessan, son of Flar and Lessa and rider of bronze Golanth, and Tia, rider of green Zaranth, must forge a new place for themselves in a world that may no longer need them.
But change is not easy for everyone. There are those who will stop at nothing - not even violence - to keep Pern and its people pure. And now a brand-new danger looms from the skies...and threatens a catastrophe of unimaginable proportions.
Once again, the world looks to the dragons and their riders to solve the crisis and save their planet. But now, as the friendship of F'lessan and Tia begins to bloom into something more, unforeseen tragedy strikes: a tragedy destined to forever change the future - not just of the two young lovers, but of every human and dragon on Pern.
Also in This Series

Note! Citation formats are based on standards as of July 2010. Citations contain only title, author, edition, publisher, and year published. Citations should be used as a guideline and should be double checked for accuracy.
Staff View
Grouped Work ID:
b1653db8-0592-3f96-b51f-fb61b786e8a4
Go To GroupedWork 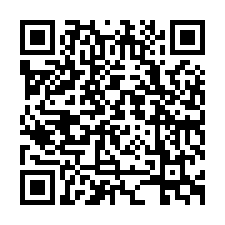