A few minutes past midnight: a Toby Peters mystery
(Book)

Description
Private Eye Toby Peters is gumshoeing for the celebrated screen star Charlie Chaplin.Chaplin has cause for alarm. A sinister visitor wielding a very large knife has not only rudely paid the movie legend a midnight call but also threatened him with death unless he stops production on his latest project, a film in which wealthy old women are married and then murdered for their money. Chaplin has been warned, too, that he'd better stay away from one Fiona Sullivan. Or else.Fiona Sullivan, of course, is Toby's only lead, and it is at her boarding house, in one of her lodger's rooms, that he discovers a list of eight older women's names, five of which have been crossed out - those of the five already dead. Fiona Sullivan is number six. She is also engaged to marry her mysterious, elusive lodger. And no sooner has she been found than she disappears.To find the connection of the deceased to each other and to protect Chaplin as well as a few vulnerable older women from deadly jeopardy, Toby again enlists the aid of his own ragtag team of investigators: the eccentric dentist Sheldon Minck, the former wrestler and now poet Jeremy Butler, and the multilingual Swiss midget Gunther Wherthman.
Also in This Series

Note! Citation formats are based on standards as of July 2010. Citations contain only title, author, edition, publisher, and year published. Citations should be used as a guideline and should be double checked for accuracy.
Staff View
Grouped Work ID:
a101b494-2aa6-e85a-ba93-a4df390c666e
Go To GroupedWork 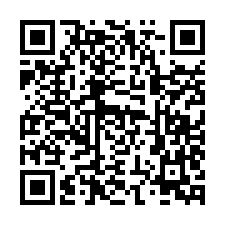