Description
Sharon McCone, who has faced and survived many personal crises, must endure another long, dark journey after her brother Joey takes his own life. Reeling from the anguish and the perplexing reasons for Joey's suicide, Sharon tries to escape through work.On the surface, the new case seems straight-forward enough. Yet as the keen private investigator knows, it's often what's hiding under the surface that's deadly. McCone is asked to investigate another suicide, this one of Roger Nagasawa, a talented young man who worked for an online magazine that chronicled the new and hip in the Bay area. Even with millions of dollars in venture capital backing it, Insite is failing and the 'zine's management has become so cutthroat that Roger evidently jumped off the San Francisco-Oakland Bay Bridge rather than face another day at the office. Or did something sinister behind the scenes prod him to take the plunge?The investigation hits achingly close to home as McCone struggles to answer the questions that plague Roger's grieving family. With her emotions sandblasted and her reactions slowed, she fails to recognize the peril that surrounds her as the case takes a violent twist.From Rogers empty apartment to an eerie abandoned resort on the San Francisco waterfront, McCone is caught in a deadly battle to uncover the truth. And to survive, she must confront the many painful secrets of her own life ... and a killer whose heart is as black as the moonless bay.
Also in This Series

Note! Citation formats are based on standards as of July 2010. Citations contain only title, author, edition, publisher, and year published. Citations should be used as a guideline and should be double checked for accuracy.
Staff View
Grouped Work ID:
94d34908-5f17-41d1-6b7b-bfeb8a9861c2
Go To GroupedWork 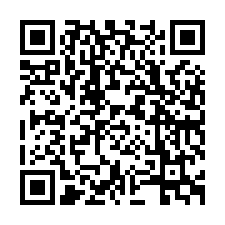