Description
From one of the most distinguished writers in American crime fiction - her most brilliant and daring novel yet.

This is a story of secrets and betrayals that stretch across four generations-secrets political, social, sexual, financial: all of them with the power to kill. Eager for something physical to do in the spirit-exhausting wake of 9/11, V.I. accepts a request from an old client to check up on an empty family mansion; sub-sequently surprises an intruder in the dark; and, giving chase, topples into a pond. Grasping for something to hold on to, her fingers close around a lifeless human hand.

It is the body of a reporter who had been investigating events of forty-five years earlier, during the McCarthy era, and V.I.'s discovery quickly sucks her into the history of two great Chicago families-their fortunes intertwined by blood, sex, money, and the scandals that may or may not have resulted in murder all these years later. At the same time, she inadvertently becomes involved in the story of a missing Egyptian boy whose possible terrorist connections make him very much sought after by the government. As the two cases drive her forward-and then shockingly tumble together-she finds that wealth and privilege, too, bear a terrible price; and the past has no monopoly on patriotic scoundrels. Before everything is over, at least two more people will lie dead . . . and V.I. might even be one of them.

A novel as passionate, complex, and powerfully entertaining as its acclaimed heroine, Blacklist is a stunning achievement.
Also in This Series

Note! Citation formats are based on standards as of July 2010. Citations contain only title, author, edition, publisher, and year published. Citations should be used as a guideline and should be double checked for accuracy.
Staff View
Grouped Work ID:
238b11d5-767b-8f24-84d7-315326789a61
Go To GroupedWork 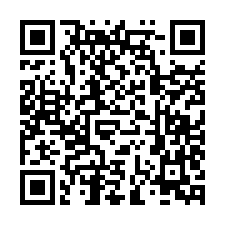