Now you see it: a Toby Peters mystery
(Book)

Description
Illusion gets more deadly than reality on Toby Peters's twenty-fourth outing from Edgar-winning author Stuart M. Kaminsky. A string of star-studded successes—most recently with Cary Grant in To Catch a Spy and an edgy Joan Crawford in Mildred Pierced—has won Tinseltown detective Toby Peters a bit of local celebrity, and that's something his new client, Harry Blackstone, understands. At the Pantages Theater in Los Angeles, Blackstone is billed as the World's Greatest Living Magician. Of course, should the giant buzz saw in the climax to Blackstone's act cut the beautiful young woman in fact in half, his sterling reputation would be ruined. And someone among the Los Angeles Friends of Magic is decidedly intent upon ruining it—whatever the price, including the life of Toby's prime suspect. Unfortunately, with the corpse count mounting, the evidence is pointing increasingly to Toby's client as the man behind the murders. As always, adding to the wackiness of Toby's investigation are the ungentle dentist Sheldon Minck, wrestler-poet Jeremy Butler, the suave, small-statured Swiss multilingualist Gunter Wherthman, and daffy Mrs. Plaut. But to solve the case, Toby finds he needs someone else—the dashing star of the movie A Thousand and One Nights, Cornel Wilde.
Also in This Series

Note! Citation formats are based on standards as of July 2010. Citations contain only title, author, edition, publisher, and year published. Citations should be used as a guideline and should be double checked for accuracy.
Staff View
Grouped Work ID:
0ddbab18-e523-8452-e3f2-58e118e33070
Go To GroupedWork 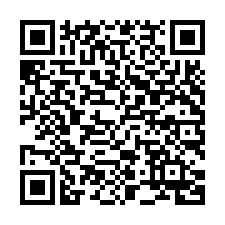