The one from the other
(Book)

Description
Germany, 1949: Amid the chaos of defeat, it's a place of dirty deals, rampant greed, fleeing Nazis, and all the intrigue and deceit readers have come to expect from this immensely talented thriller writer. In The One from the Other, Hitler's legacy lives on. For Bernie Gunther, Berlin has become too dangerous, and he now works as a private detective in Munich. Business is slow and his funds are dwindling when a woman hires him to investigate her husband's disappearance. No, she doesn't want him back-he's a war criminal. She merely wants confirmation that he is dead. It's a simple job, but in postwar Germany, nothing is simple-nothing is what it appears to be. Accepting the case,Bernie takes on far more than he'd bargained for, and before long, he is on the run, facing enemies from every side.
Also in This Series

Note! Citation formats are based on standards as of July 2010. Citations contain only title, author, edition, publisher, and year published. Citations should be used as a guideline and should be double checked for accuracy.
Staff View
Grouped Work ID:
aba60fd3-fb38-f884-8bb0-5553bff9ff52
Go To GroupedWork 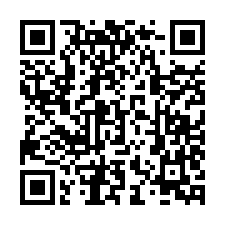