Description
In the world of Pern, Harpers are regarded to be more powerful than kings, for the music they play can literally control the minds of others. For young Menolly, her dreams of becoming a Harper have nothing to do with power, but rather her love of music. Now she is finally living out her musical dreams as an apprentice Harper, but it's turning out to be more challenging than she thought.

Formerly forbidden to study music because of her gender, Menolly quickly encounters hostility from a number of her male peers and masters. But she is not alone in her struggles. With the help of new friends, teachers, and her nine fire lizards, Menolly finds that her musical talents may prove more powerful than anyone could imagine.

General Note
Originally published: New York : Atheneum, c1977.
Description
Menolly flees her home because she is not permitted to make music there, and is taken by the Masterharper himself to Harper Hall, where she learns that only her own self-doubt stands in her way.
Similar Series From NoveList
Similar Titles From NoveList
Similar Authors From NoveList
Librarian Reviews
Published Reviews
Reviews from GoodReads
Loading GoodReads Reviews.
Tagging
Tags:

Note! Citation formats are based on standards as of July 2010. Citations contain only title, author, edition, publisher, and year published. Citations should be used as a guideline and should be double checked for accuracy.
Staff View
Grouped Work ID:
1ea39fcc-20d8-22e9-d39b-c4755e6aae6b
Go To GroupedWork 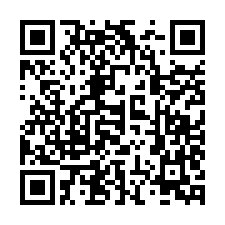