J ason Kolarich is a midwestern Everyman with a lineman?s build and an easy smart-ass remark. He?s a young, intelligent maverick, but he?s also struggling with an overwhelming emotional burden?one that threatens to unravel his own life, and possibly the lives of those around him.

Twenty-seven years ago, two-year-old Audrey Cutler disappeared from her home in the middle of the night. She was never found. All the detectives had to go on were vague eyewitness accounts of a man running down the Cutlers? street, apparently carrying someone. Without enough evidence to suggest otherwise, Griffin Perlini?a neighbor with prior offenses against minors?was arrested, but never convicted.

The case is long closed when Perlini is murdered nearly thirty years later. Now a man named Mr. Smith appears in Jason Kolarich?s office, saying only that he represents a third party who wants the man charged with murder off the hook and that Kolarich is perfect for the job. The new client: Audrey Cutler?s older brother, Sammy?Kolarich?s estranged childhood best friend?a man he hasn?t seen in nearly twenty years.

But when Kolarich starts receiving violent threats from Mr. Smith?s enigmatic employer, he figures out that the secrecy behind this nameless third party?and the key to winning Sammy?s case?is entangled with the mystery of Audrey?s disappearance. With his own life and Sammy?s in the balance, Kolarich has to put aside not only the mounting anxiety of the job but also a heart-wrenching personal tragedy in order to find out what really happened to Audrey all those years ago.

Description
Jason Kolarich is a midwestern everyman with a linebacker's build and an easy smart-ass remark. He's a young, intelligent, and successful attorney; but he's also struggling with a horrific tragedy that threatens to unravel his own life, and possibly the lives of everyone he holds dear.--From publisher's description.
Similar Series From NoveList
Similar Titles From NoveList
Similar Authors From NoveList
Librarian Reviews
Published Reviews
Reviews from GoodReads
Loading GoodReads Reviews.
Tagging
Tags:

Note! Citation formats are based on standards as of July 2010. Citations contain only title, author, edition, publisher, and year published. Citations should be used as a guideline and should be double checked for accuracy.
Staff View
Grouped Work ID:
53c90079-f438-c1d7-0f1b-54d476439ff9
Go To GroupedWork 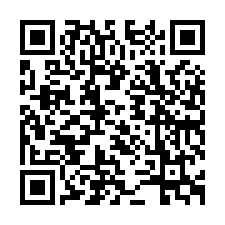