With its gracious homes and tree-lined streets, Ansley Park is one of Atlanta's most desirable neighborhoods. But in one gleaming mansion, in a teenager's lavish bedroom, a girl has been savagely murdered. And in the hallway, her terrified mother stands amid shattered glass, having killed her daughter's attacker with her bare hands.

The murder is under Atlanta police jurisdiction, but Will Trent of the Georgia Bureau of Investigation is at the scene as a political favor. He quickly sees things the cops are missing -- something in the trail of blood, in a matrix of forensic evidence, and in the eyes of the shell-shocked mother. Armed with only fleeting clues with a female cop who has personal reasons for hating him, Trent is determined to follow the clues wherever they may lead.

Note! Citation formats are based on standards as of July 2010. Citations contain only title, author, edition, publisher, and year published. Citations should be used as a guideline and should be double checked for accuracy.
Staff View
Grouped Work ID:
8adf5c92-5cc1-fde5-9630-19525888715a
Go To GroupedWork 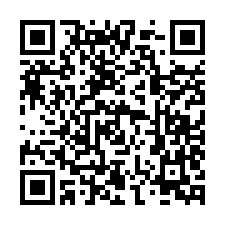