The best of friends
(Large Print)

In high school, poor, studious Jayne Scott and wild, wealthy Rebecca Worden became unlikely best friends, and when Jayne's mother died, the Wordens took her in. Rebecca and her mother, Elizabeth, were bitter enemies, prompting the teenage Rebecca to run away from home. Yet, despite her decade-long absence, Rebecca and Jayne remained close -- and Jayne, unable to refuse the Wordens anything, remained an unpaid assistant to Elizabeth.

Now, Rebecca Worden is back home, and still angry with her mother. Happy to be reunited with her best friend, Rebecca is just as excited to know that her return will wreak havoc with her mother. Adding more chaos to the family dynamic is her brother David's return home. Jayne has loved David from afar since she was a kid, but now, David notices her -- and likes what he sees. Their romance spins the fragile family off its axis. As lies are shattered and true feelings exposed, Jayne must decide where loyalty ends and love begins.

Note! Citation formats are based on standards as of July 2010. Citations contain only title, author, edition, publisher, and year published. Citations should be used as a guideline and should be double checked for accuracy.
Staff View
Grouped Work ID:
93622d5a-24a8-43e2-0d6e-3ec9b16eab6f
Go To GroupedWork 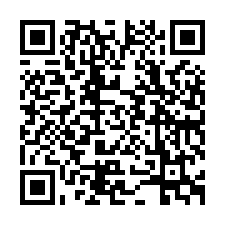