The devil colony
(Book on CD) 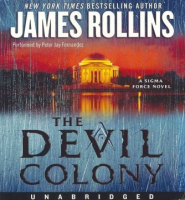 Deep in the Rocky Mountains, a gruesome discovery?hundreds of mummified bodies?stir international attention and fervent controversy. Despite doubts to the bodies' origins, the local Native American Heritage Commission lays claim to the prehistoric remains, along with the strange artifacts found in the same cavern: gold plates inscribed with an unfathomable script.

During a riot at the dig site, an anthropologist dies horribly. All evidence points to a radical group of Native Americans, including one agitator who escapes with a vital clue to the murder and calls on the one person who might help?her uncle, Painter Crowe, director of Sigma Force. To protect his niece and uncover the truth, Painter will ignite a war across the nation's most powerful intelligence agencies. Yet, an even greater threat looms as events in the Rocky Mountains have set in motion a geological meltdown that threatens the entire western half of the U.S.

From the volcanic peaks of Iceland to the blistering deserts of the American Southwest, from the gold vaults of Fort Knox to the bubbling geysers of Yellowstone, Painter Crowe joins forces with commander Gray Pierce to penetrate the shadowy heart of a dark cabal, one that has been manipulating American history since the founding of the thirteen colonies. But can he discover the truth before it destroys all he holds dear?

General Note
Compact discs.
Participants/Performers
Performed by Peter Jay Fernandez.
Description
After a mountainside massacre yields a grim message, Painter Crowe, director of Sigma Force, must join with Commander Grayson Pierce and an unlikely ally if he is going to get to the root of a conspiracy that stretches back to a lost prehistoric colony in America.
Similar Series From NoveList
Similar Titles From NoveList
Similar Authors From NoveList
Librarian Reviews
Published Reviews
Reviews from GoodReads
Loading GoodReads Reviews.
Tagging
Tags:

Note! Citation formats are based on standards as of July 2010. Citations contain only title, author, edition, publisher, and year published. Citations should be used as a guideline and should be double checked for accuracy.
Staff View
Grouped Work ID:
f919ad2b-7c82-ef3c-5e82-df31b7ca890c
Go To GroupedWork 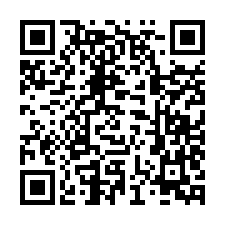