Brilliantly evoking the long-vanished world of masters and servants portrayed inDownton Abbey and Upstairs, Downstairs, Margaret Powell's classic memoir of her time in service,Below Stairs, is the remarkable true story of an indomitable woman who, though she served in the great houses of England, never stopped aiming high. Powell first arrived at the servants' entrance of one of those great houses in the 1920s. As a kitchen maid - the lowest of the low - she entered an entirely new world; one of stoves to be blacked, vegetables to be scrubbed, mistresses to be appeased, and bootlaces to be ironed. Work started at 5.30am and went on until after dark. It was a far cry from her childhood on the beaches of Hove, where money and food were scarce, but warmth and laughter never were. Yet from the gentleman with a penchant for stroking the housemaids' curlers, to raucous tea-dances with errand boys, to the heartbreaking story of Agnes the pregnant under-parlormaid, fired for being seduced by her mistress's nephew, Margaret's tales of her time in service are told with wit, warmth, and a sharp eye for the prejudices of her situation. Margaret Powell's true story of a life spent in service is a fascinating "downstairs" portrait of the glittering, long-gone worlds behind the closed doors of Downton Abbey and 165 Eaton Place.

General Note
Orignally published: London : Davies, 1968.
Description
"A kitchen-maid's through-the-key hole memoir of life in the great houses of England--now a bestseller in the UK. At fifteen, she arrived at the servants' entrance to begin her life as a kitchen maid in 1920s England. The lowest of the low, her world was one of stoves to be blacked, vegetables to be scrubbed, mistresses to be appeased, and even bootlaces to be ironed. Work started at 5:30am and went on until after dark. In this captivating memoir, Margaret tells her tales of service with wit, warmth, and a sharp eye. From the gentleman with a penchant for stroking housemaids' curlers, to raucous tea dances with errand boys, to the heartbreaking story of Agnes the pregnant under-parlourmaid, fired for being seduced by her mistress's nephew, Below Stairs brilliantly evokes the longvanished world of masters and servants portrayed in Downton Abbey and Upstairs, Downstairs. Rocketing back on to the UK bestseller lists almost fifty years after its initial publication, this is the remarkable true story of an indomitable woman, who, though her position was lowly, never stopped aiming high"--Provided by publisher.
Similar Series From NoveList
Similar Titles From NoveList
Similar Authors From NoveList
Librarian Reviews
Published Reviews
Reviews from GoodReads
Loading GoodReads Reviews.
Tagging
Tags:

Note! Citation formats are based on standards as of July 2010. Citations contain only title, author, edition, publisher, and year published. Citations should be used as a guideline and should be double checked for accuracy.
Staff View
Grouped Work ID:
6a674c61-ca45-36ea-8a5e-47666774d93a
Go To GroupedWork 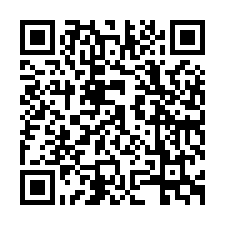