Like many couples, Michael and Jolene Zarkades face the pressures of everyday life -- children, careers, bills, chores -- even as their twelve-year marriage is faltering. Then Iraq erupts and Jolene is deployed leaving defense attorney Michael to be the single parent to their two girls -- a role that's foreign to him.

As a mother, it agonizes Jolene to leave her family, but as a soldier she has always understood the true meaning of duty. In her letters home, she paints a rosy version of her life on the front lines, shielding her family from the truth. But war will change Jolene in ways that none could have foreseen. When tragedy strikes, Michael must face his darkest fear and fight a battle of his own -- for everything that matters to his family.

A profoundly honest look at modern marriage and a dramatic exploration of the price of war on an ordinary American family, Home Front is a story of love, loss, heroism, honor and ultimately, hope.

Description
Struggling with a marital estrangement that is further complicated when one of them is deployed, military couple Michael and Joleen Zarkades are forced to confront their problems while protecting the security of their family.
Similar Series From NoveList
Similar Titles From NoveList
Similar Authors From NoveList
Librarian Reviews
Published Reviews
Reviews from GoodReads
Loading GoodReads Reviews.
Tagging
Tags:

Note! Citation formats are based on standards as of July 2010. Citations contain only title, author, edition, publisher, and year published. Citations should be used as a guideline and should be double checked for accuracy.
Staff View
Grouped Work ID:
b8aed7c1-9b6a-563a-37da-4574086ccae3
Go To GroupedWork 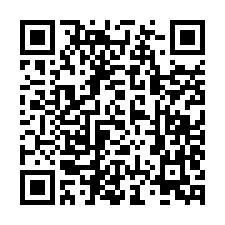