The fifth book in the bestselling Gone series by Michael Grant continues the page-turning saga of Sam, Astrid, and Drake in their terrifying post-apocalyptic world.

It's been one year since all the adults disappeared. Gone.

Despite the hunger, despite the lies, even despite the plague, the kids of Perdido Beach are determined to survive. Creeping into the tenuous new world they've built, though, is the worst incarnation yet of the enemy known as the Darkness: fear.

Within the FAYZ, life breaks down while the Darkness takes over'turning the dome-world of the FAYZ entirely black. A will to survive and a desire to take care of those they love endure in this ravaged band, even in the bleakest moments. But in darkness, the worst fears of all emerge, and the cruelest of intentions are carried out. After so many months, is all about to be lost in the FAYZ?

Description
As the young residents of Perdido Beach begin to better comprehend the truths of who they are and their relationships to one another, the Darkness finds a new way to be born, bringing their understanding of fear to a new level.
Similar Series From NoveList
Similar Titles From NoveList
Similar Authors From NoveList
Librarian Reviews
Published Reviews
Reviews from GoodReads
Loading GoodReads Reviews.
Tagging
Tags:

Note! Citation formats are based on standards as of July 2010. Citations contain only title, author, edition, publisher, and year published. Citations should be used as a guideline and should be double checked for accuracy.
Staff View
Grouped Work ID:
974f3f32-b018-9e65-8543-821bcbe840f2
Go To GroupedWork 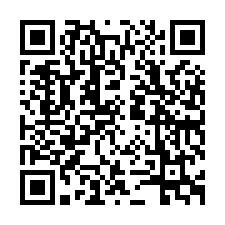