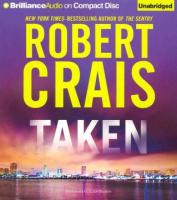 The search for a missing girl leads private investigators Elvis Cole and Joe Pike into the nightmarish world of human trafficking in this #1 New York Times bestseller from Robert Crais.

When Nita Morales hires Elvis Cole to find her missing daughter, she's sure it's a ruse orchestrated by the girl and her boyfriend. She's wrong. They've been taken by bajadores—border bandits who prey on the innocent by buying, selling, and disposing of victims like commodities.

Cole and Joe Pike start an undercover investigation to find the couple, but their plan derails when Cole disappears, leaving Pike to burn through the murderous world of human traffickers to find his friend as well as the missing young people. But he may already be too late...

General Note
Compact discs.
General Note
Duration: 7:50:00.
Participants/Performers
Read by Luke Daniels.
Description
When the police tell a wealthy industrialist that her missing son has faked his own kidnapping, she hires Elvis Cole and Joe Pike. Cole soon determines that it was no fake. The boy and his secret girlfriend have been taken, and are now lost in the gray and changing world of the professional border kidnappers, who prey not only on innocent victims but also on one another; buying, selling, and stealing victims like commodities.
Similar Series From NoveList
Similar Titles From NoveList
Similar Authors From NoveList
Editorial Reviews
Published Reviews
Reviews from GoodReads
Loading GoodReads Reviews.
Tagging
Tags:

Note! Citation formats are based on standards as of July 2010. Citations contain only title, author, edition, publisher, and year published. Citations should be used as a guideline and should be double checked for accuracy.
Staff View
Grouped Work ID:
624ccde2-e91a-9fd4-8898-7b7ab3d5cb51
Go To GroupedWork 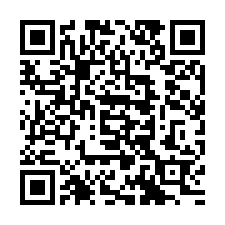