Catalog The misadventures of the... »  Book »

The misadventures of the family Fletcher
(Book)

Description
”Fans of Beverly Cleary’s Quimbys, Judy Blume’s Hatchers, and, more recently, Jeanne Birdsall’s Penderwicks will fervently hope that more Fletcher misadventures are yet to come.” —School Library Journal, StarredThe start of the school year is not going as the Fletcher brothers hoped. Each boy finds his plans for success veering off in unexpected and sometimes diastrous directions. And at home, their miserable new neighbor complains about everything. As the year continues, the boys learn the hard and often hilarious lesson that sometimes what you least expect is what you come to care about the most.Praise for The Misadventures of the Family Fletcher A Junior Library Guild Selection [set star] ”Their banter is realistic, and the disorder of their everyday lives, convincing. The Fletcher family rules!” —Kirkus Reviews,Starred ”Dana Alison Levy has gloriously reimagined the classic family story into a thoroughly modern mold, and it works perfectly.” —Bruce Coville, bestselling author ofMy Teacher Is an Alien and the Unicorn Chronicles[P1] [set star] ”With its semi-episodic structure, laugh-out-loud humor, and mix of zaniness and love, Levy’s debut offers something truly significant: a middle-grade family story featuring gay parents and interracial families that is never about either issue.” —School Library Journal, Starred ”Levy provides a compelling, compassionate, and frequently hilarious look at their daily concerns. By book’s end readers will want to be part of (or at least friends with) this delightful family.” —The Horn Book
Also in This Series

Note! Citation formats are based on standards as of July 2010. Citations contain only title, author, edition, publisher, and year published. Citations should be used as a guideline and should be double checked for accuracy.
Staff View
Grouped Work ID:
0d859394-b8b1-2177-c850-424a56cb9ffb
Go To GroupedWork 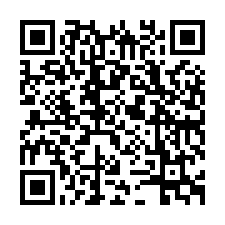