Catalog The chronicles of Pern : »  Book »

Description
Once upon a time, a long time ago, even before the classic novel Dragonflight was written, a story was published. It was called "Weyr Search" and it introduced to the world the incredible Dragonriders of Pern. Now, Anne McCaffrey celebrates a quarter-century of dragons and dragonriders as she returns to the form that started it all: the first-ever Pern short-story collection!Let the queen of dragons herself take you back to the earliest days of Pernese history as she brings to life events that shaped one of the most popular worlds in all of science fiction.Join the original survey team as they explore Pern and decide to recommend it for colonization.Share the terror of the evacuation from the Southern Continent, as a flotilla of ships, aided by intelligent, talking dolphins, braves the dreadful currents of the Pernese ocean.Learn how the famous Ruatha Hold was founded, and thrill with the dragonriders as they expand into a second, then a third Weyr.And discover a secret lost in time: the rescue of some of the original colonists, before the planet was cut off forever!Building a new life on a distant world, braving the dreaded Thread that falls like silver rain from the sky only to destroy every living thing it touches, flying heroically on the wondrous dragons: The Dragonriders of Pern!
Also in This Series

Note! Citation formats are based on standards as of July 2010. Citations contain only title, author, edition, publisher, and year published. Citations should be used as a guideline and should be double checked for accuracy.
Staff View
Grouped Work ID:
3b47dc30-b966-ed9b-c41c-224a71d4bd48
Go To GroupedWork 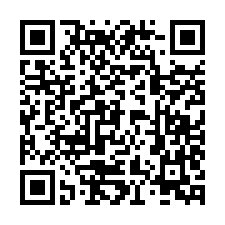