Description
First published posthumously in 1817, "Northanger Abbey" was actually the first finished novel that Jane Austen wrote. It is the story of seventeen-year-old Catherine Morland, one of ten children of a country clergyman, who imagines life as living in one of the Gothic novels with which she is excessively fond of reading. When she is invited by her wealthy neighbors, the Fullertons, to accompany them to the spa town of Bath she experiences her first taste of the fashionable upper class society of England. While there she meets the clever young gentleman, Henry Tilney, his sister Eleanor, and their father, the imposing General Tilney. The Tilneys invite Catherine to come stay with them at their estate, the titular Northanger Abbey. Catherine's naïve over-active imagination quickly leads to embarrassment when she infers some sinister circumstances regarding the lack of emotion that General Tilney shows for the loss of his deceased wife. Eventually she realizes that real life is not at all like that of a Gothic novel. Noted for the insight it gives to Austen's one opinions of the literature of her day, "Northanger Abbey" is both a satirical parody of the gothic romance novel and the story of a young girl's maturation into womanhood. This edition is illustrated by Hugh Thomson and includes a biographical afterword.
Also in This Series

Note! Citation formats are based on standards as of July 2010. Citations contain only title, author, edition, publisher, and year published. Citations should be used as a guideline and should be double checked for accuracy.
Staff View
Grouped Work ID:
55843862-c9ef-00b7-e610-692a3ff646d8
Go To GroupedWork 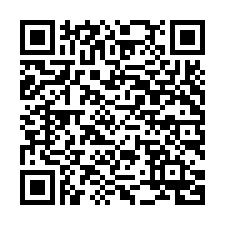