Catalog The invasion of the Tearling / »  Large Print »

The invasion of the Tearling
(Large Print)

Description
<p>In this riveting sequel to the national bestseller <em>The Queen of the Tearling</em>, the evil kingdom of Mortmesne invades the Tearling, with dire consequences for Kelsea and her realm.</p><p>With each passing day, Kelsea Glynn is growing into her new responsibilities as Queen of the Tearling. By stopping the shipments of slaves to the neighboring kingdom of Mortmesne, she crossed the Red Queen, a brutal ruler whose power derives from dark magic, who is sending her fearsome army into the Tearling to take what is hers. And nothing can stop the invasion.</p><p>But as the Mort army draws ever closer, Kelsea develops a mysterious connection to a time before the Crossing, and she finds herself relying on a strange and possibly dangerous ally: a woman named Lily, fighting for her life in a world where being female can feel like a crime. The fate of the Tearling —and that of Kelsea’s own soul—may rest with Lily and her story, but Kelsea may not have enough time to find out.</p><p>In this dazzling sequel, Erika Johansen brings back favorite characters, including the Mace and the Red Queen, and introduces unforgettable new players, adding exciting layers to her multidimensional tale of magic, mystery, and a fierce young heroine. </p>
Also in This Series

Johansen, Erika. 2015. The Invasion of the Tearling. New York: HarperLuxe.

Johansen, Erika, The Invasion of the Tearling. New York: HarperLuxe, 2015.

Note! Citation formats are based on standards as of July 2010. Citations contain only title, author, edition, publisher, and year published. Citations should be used as a guideline and should be double checked for accuracy.
Staff View
Grouped Work ID:
8c6491eb-5d0a-8067-e878-1d23ad0dd479
Go To GroupedWork 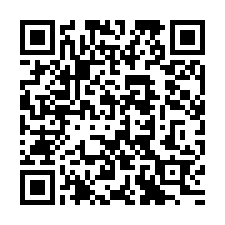