Description
Easy Rawlins is out of the investigation business and as far away from crime as a black man can be in 1960s Los Angeles. But living around desperate men means life gets complicated sometimes. When an old friend gets in enough trouble to ask for Easy's help, he finds he can't refuse. Young Brawly Brown has traded in his family for The Clan of the First Men, a group rejecting white leadership, history, and laws--and they're dangerous. Brown's mom, Alva, needs to know her baby's okay, and Easy promises to find him. His first day on the case Easy gets harassed by the cops and comes face to face with a corpse. Before he knows it he is on a short list of murder suspects and in the middle of a frenzied police raid on a Clan of the First Men rally. The only thing he discovers about Brawly Brown is that he's the kind of trouble most folks try to avoid. It takes everything Easy has just to stay alive as he explores a world filled with promises, betrayals, and predators like he never imagined. BAD BOY BRAWLY BROWN is the masterful crime novel that Walter Mosley's legions of fans have been waiting for. Written with the voice and vision that have made Walter Mosley one of the most important writers in America, this book marks the return of a master at the top of his form.
Also in This Series

Description
Trying to locate a family friend who has become involved with a radical resistance group, Easy Rawlins stumbles onto a murder scene only to be named a suspect, and he finds himself exploring a world of betrayal, trying to stay alive.
Similar Series From NoveList
Similar Titles From NoveList
Similar Authors From NoveList
Librarian Reviews
Published Reviews
Reviews from GoodReads
Loading GoodReads Reviews.
Tagging
Tags:

Note! Citation formats are based on standards as of July 2010. Citations contain only title, author, edition, publisher, and year published. Citations should be used as a guideline and should be double checked for accuracy.
Staff View
Grouped Work ID:
48f57fc4-e734-58f2-e65a-7a3cbefa96eb
Go To GroupedWork 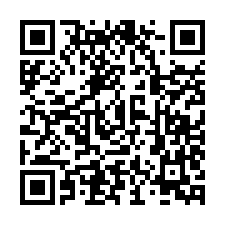