Catalog The masterharper of Pern / »  Book »

The masterharper of Pern
(Book)

Description
Pern: a beautiful world ravaged by Thread, the deadly spores that fall like silver rain, devouring every living thing in their path. Pern: where dragons' flaming breath burns Thread out of the sky before it can drop on the helpless land below. Pern: where harper songs warn of Thread, record history, and prepare for the future. The harpers are the glue that holds the people of Pern together; and no man is more influential than the Masterharper of Pern.The son of Petiron, renowned composer, and Merelan, one of Pern's most gifted singers, Robinton is a prodigy from birth. As a child, he is already composing music that the apprentice and journeyman harpers play with delight. And he also discovers another gift: he has the ability to speak with the dragons, who tend to reach out telepathically only to their riders.But not everyone appreciates his talents. His own father, driven by jealousy, spurns the boy. And far to the north, in the High Reaches, trouble is brewing in the form of a despotic holder, Fax, who hates harpers in general - and Robinton in particular.It is a perilous time for harpers. They sing of Thread, yet more and more people are beginning to doubt the return of that deadly scourge. They teach reading, writing, and history, yet Fax is determined to keep his growing area of influence free of the learning that might sow unrest. And they extol the dragonriders, whom many view, increasingly as a drain on the resources of the Holds. Now harpers are being turned away from holds; and, worse yet, they are being derided, attacked, even beaten.It is in this climate of unrest that Robinton will come into his own. For despite the tragedies that beset his own life, he continues to believe in music and in the dragons, and he is determined to save his beloved Pern from itself...so that the dragonriders can be ready to fly against the dreaded Thread when at last it returns!
Also in This Series

General Note
"A Del Rey book"--Title page verso.
General Note
Jacket painting by Brom.
Description
A tale of dragons in the fantasy land of Pern and the boy who communicates with them by telepathy. He is Rob, a musical genius, and when he grows up he leads the dragons and their riders in battle against an evil man who denies people education.
Study Program Information
Accelerated Reader AR,UG,6.7,23.0,59260.
Study Program Information
Reading Counts RC,High School,9,29,Quiz: 07464,Guided reading level: NR.
Similar Series From NoveList
Similar Titles From NoveList
Similar Authors From NoveList
Librarian Reviews
Published Reviews
Reviews from GoodReads
Loading GoodReads Reviews.
Tagging
Tags:

Note! Citation formats are based on standards as of July 2010. Citations contain only title, author, edition, publisher, and year published. Citations should be used as a guideline and should be double checked for accuracy.
Staff View
Grouped Work ID:
46e15a12-9b58-fc09-dd4d-d1ce56680e86
Go To GroupedWork 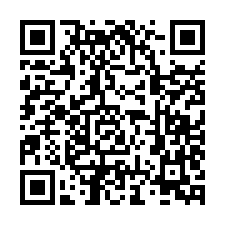