No holly for Miss Quinn
(Book)

Description
Nobody in Fairacre knew much about Miss Quinn, which was a rare state of affairs and much regretted by the villagers. Apart from the fact that she lived in the annex to Mrs. Benson's house and that she worked in Caxley, her past history and the amount of her salary remained a tantalizing mystery. In fact, Miss Quinn was a highly efficient secretary to a Caxley businessman. She ran him, and her own affairs, with terrifying competence. She was completely unsentimental and planned to spend her Christmas exactly as she wanted it, without fuss or family. But before the great day, her brother rang to say his wife had been rushed to the hospital, and could she come and cope with the children? Secretly dismayed, Miss Quinn set out to do her duty. She coped as capably with the turmoil of her brother's household as she did with the office, and the regret for her lost Christmas was mitigated by the children's joy and the unexpected arrival of an old flame. Her few days of enforced domesticity gave Miss Quinn much to think about, and the reversal of the quiet Christmas she had planned was to have a significant effect upon the rest of her life.
Also in This Series

Note! Citation formats are based on standards as of July 2010. Citations contain only title, author, edition, publisher, and year published. Citations should be used as a guideline and should be double checked for accuracy.
Staff View
Grouped Work ID:
c5dc5c39-a47c-53d1-3b10-2fd6e36f86af
Go To GroupedWork 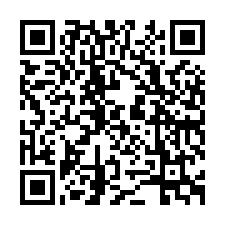