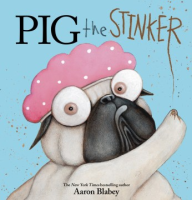 Description
Pig the Pug and his best friend Trevor are back for another hilarious adventure in the bestselling series!In this hilarious adventure, Pig the Pug STINKS! Pig likes to be smelly, so he rolls around in the garbage, laps up spoiled milk, tracks dirty paw prints all over the house, and even sticks his head in the toilet! But enough is enough! Pig's owner tries to get him to take a bath, but Pig refuses! Pig has a plan to stop up the tub, but when it backfires, will Pig get clean after all? Rich with author-illustrator Aaron Blabey's signature rhyming text and unforgettable illustrations, Pig the Stinker is a laugh-out-loud story that teaches Pig -- and readers -- an important (and hilarious) lesson, just like in the five previous books in the series (Pig the Pug, Pig the Winner, Pig the Elf, Pig the Star, and Pig the Fibber).
Also in This Series

General Note
"Pig the Stinker was first published in Australia in 2018 by Scholastic Press, an imprint of Scholastic Australia Pty Ltd., under the title Pig the Grub"--Colophon.
Description
"Eww! What a stinker! Pig isn't just the world's greediest pug, he's the DIRTIEST, too. It's time he had a bath! But try telling Pig that..."--Page [4] of cover.
Similar Series From NoveList
Similar Titles From NoveList
Similar Authors From NoveList
Librarian Reviews
Published Reviews
Reviews from GoodReads
Loading GoodReads Reviews.
Tagging
Tags:

Note! Citation formats are based on standards as of July 2010. Citations contain only title, author, edition, publisher, and year published. Citations should be used as a guideline and should be double checked for accuracy.
Staff View
Grouped Work ID:
244222fb-21b4-3ac4-1081-e830f40d6cef
Go To GroupedWork 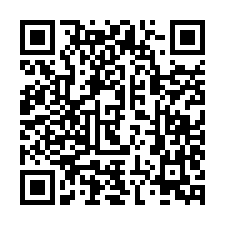