Death of a nag
(Book)

Description
From the author of the Agatha Raisin television series...DEATH OF A NAG: A Hamish Macbeth MysteryLochdubh constable Hamish Macbeth is more dour than ever after losing both his promotion and his girl, the loyal Priscilla Halbourton-Smythe. A trip to a charming seaside inn with his dog Towser is meant to raise his sagging spirits. Instead, he arrives at "Friendly House" to find the ambiance chilling, the food inedible, and his fellow guests less than neighborly. There's an amorous spinster, two tarty girls, a retired military man, a secretive London family, and Bob Harris, who so nags his wife, Doris, that everyone wants to kill him. Then somebody does. Soon Macbeth is called upon to act -- to dig into the past and deep into the heart to deliver something more daunting than merely the culprit: Justice.
Also in This Series

Description
In a Scottish seaside resort, policeman Hamish MacBeth, is having a depressing holiday. The food is dreadful and the man in the adjoining room won't stop nagging his wife. Things liven up, however, when strolling on the beach MacBeth discovers the husband's body floating in the water.
Similar Series From NoveList
Similar Titles From NoveList
Similar Authors From NoveList
Librarian Reviews
Published Reviews
Reviews from GoodReads
Loading GoodReads Reviews.
Tagging
Tags:

Note! Citation formats are based on standards as of July 2010. Citations contain only title, author, edition, publisher, and year published. Citations should be used as a guideline and should be double checked for accuracy.
Staff View
Grouped Work ID:
45c4b6ad-0980-456d-c6b3-e06c2a789a04
Go To GroupedWork 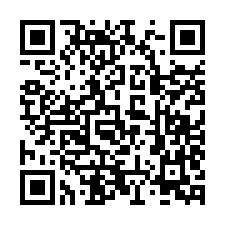